Surf, twins and a revolutionary plastic

Identical twins, Jeff and Dane Anderson live in California.  Passionate about body surfing, they’d dash to the beach every day before sunrise to catch the waves—and increasing volumes of plastic.  One day, they said it was enough.  They needed to find a solution.

They enrolled in waste management classes and discovered there were two major waste problems.   The first is plastic made from fossil fuel. 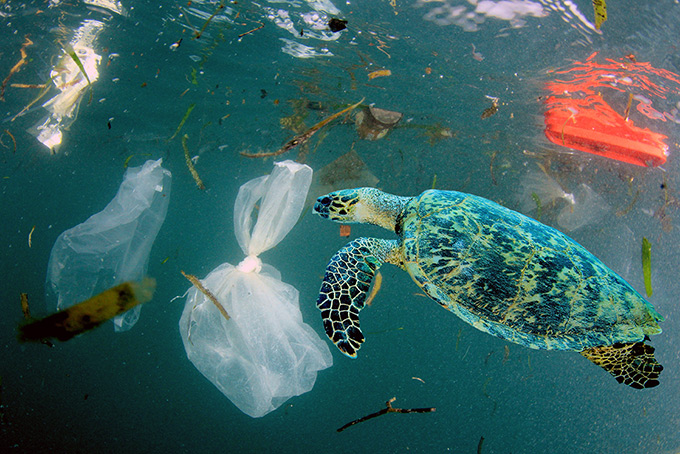 The New Plastics Economy is a conglomerate of more than 1,000 organisations united behind the vision to create a circular economy for plastic. It includes collaborators such as Unilever, Coca Cola and Nestles, all massive producers of plastic for consumable use.

It cites a statistic that only 14 per cent of plastic is collected and of that only 2 per cent is recycled.

Eight million tons of plastic enter the oceans each year. The three best-known ocean clean up organisations remove just 0.5 percent of this plastic.  Let that sink in or float in your minds for a while.

Hardly uplifting, but to find the stories, we have to understand the extent of the problem first.  With that in mind, let’s look next at the issues caused by food waste.

Not easy to digest

The second major source of landfill is food waste, which occurs during production, processing, retailing and consumption.  The waste amounts to between a third and one half of all food produced.

What a devastating statistic given the degradation of forests and soil, and use of inorganic fertilizers involved in producing food— not withstanding hunger as a major issue for a large proportion of humanity.

The Food and Agriculture Organization (FAO) estimates the direct cost to producers of food that goes to waste is currently $750 billion annually, a figure that excludes wasted fish and seafood.

A report, Food Wastage Footprint: Impacts on Natural Resources, commissioned by the BIO-Intelligence service in France, states that, ‘without accounting for greenhouse gas emissions from land use change, the carbon footprint of food produced and not eaten is estimated at 3.3 Gigatons [billion tons] of CO2 equivalent.   It goes on to claim that as such food wastage ranks as the third top emitter after the USA and China, citing another statistic that uneaten food occupies almost 1.4 billion hectares of land representing close to 30 percent of the world’s agricultural land area.

Not data that is easy to digest, indeed, if you dwell on it, it’s likely to give you chronic heartburn. So, where’s the uplift in any of this?

Back to Jeff and Dane.  During their study they set out to solve both problems, plastic and food waste and invented a biodegradable plastic from organic waste by mimicking traditional composting with modified bacteria.  This plastic is safe for fish to eat.

The Andersons know that their plastic alternative for single use plastic now being manufactured by their company, Full Cycle Bioplastics, will only be viable it if it cheap. With an abundance of free food waste at their disposal they believe that soon their technology will change the fact that currently bio-plastics only constitutes two percent of plastics worldwide.

Given the indigestion so much of our marine life is suffering, we must believe in too and get behind such initiatives.

If you have superannuation, can you ask if the funds are investing in innovations like this? 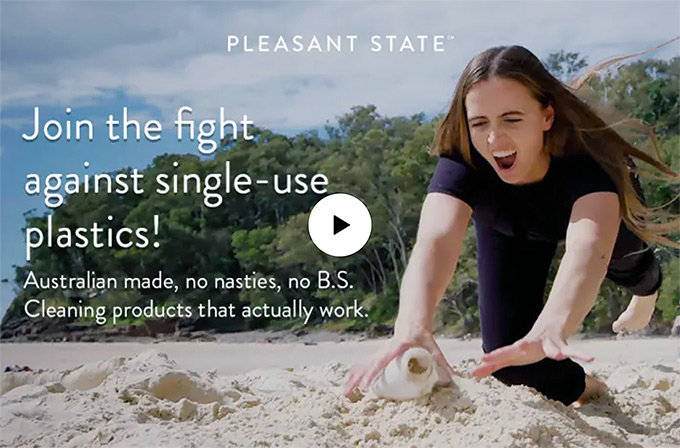 ‘Did you know that Australians buy more than 23 million single-use, plastic cleaning products a year or the equivalent of 4 garbage trucks a day?’

This dismal fact came via a SmartCompany article about two enterprising Australian women who have a solution.  Sian Murray and Ami Bateman of PleasantState have developed a non-toxic home cleaning tablet that dissolves in water.

In play elsewhere, but not here, there’s more to this story than a simple but brilliant solution, which if we took it up would rid Australia of millions of tons of plastic waste.

The article explains that while Sian or Ami were both driven to be founders of their own company, neither were chemists, nor had experience of formulation or manufacturing.  This didn’t deter them from finding the right partners to help develop the tablet and launch a crowdsourcing campaign, all during Covid-19.

As Ami said, ‘ We need to see investors (that’s us too!) investing in purpose-led organisations that have a long-term vision . . .’

The recently launched ‘World Economic Forum Great Reset‘ initiative will draw heavily on individuals like Ami and Sian, and their gritty innovative entrepreneurship to succeed.

You can support them in their Kickstarter campaign here.

A seat of the pants idea to run fortnightly Uplifting Story informal gatherings kicked off six weeks ago.

The idea was in response to an appeal on Linkedin to share uplifting stories as a respite to some of the incendiary stuff we’re exposed to online.

I pointed in the direction of this wonderful initiative, The Great Reset from The World Economic Forum.

In his opening address, executive chairman and founder, Professor Klauss Schwab says this:

We have a choice, to remain passive which would lead to the amplification of many of the trends we see today, polarization, nationalism, racism, and ultimately increased social unrest, or we can build a new social contract integrating the next generation; we can change our behavior to be in harmony with nature again; and make sure that the technologies of the 4th industrial resolution are best utilized to provide us with better lives.  In short we need a great reset.

Can you think of a better summary of what each of us can contribute to in the forthcoming years post Covid?   Now is the time to share our collective and uplifting stories of change.

Here’s an invitation to knock off early for our Friday gatherings at 4.30pm and join us at home to do just that.  You can find the list of dates in the Humanitix link below.

We’re in serious need of a good dose of hope.  We look forward to your company.

Sandy McDonald Uplift in an uncertain world
Scroll to top